Log Horizon is an anime adaptation of the light novel by the same name written by Mamare Touno.

The first season was produced by Satelight Studios and directed by Shinji Ishihira, along with series composition by Toshizo Nemoto, character designs by Mariko Ito based on the original designs by Hara Kazuhiro, art direction by Yuki Nomura, sound direction by Shoji Hata and soundtrack music by Yasuharu Takanashi. The series premiered on October 5, 2013 on NHK Educational TV.

A second 25-episode season, officially titled Log Horizon 2,[1] began airing on October 4, 2014.[2] It was produced by Studio DEEN, replacing Satelight Studios, although the director and storywriters remained the same.

A third season titled Log Horizon: Destruction of the Round Table (ログ・ホライズン 円卓崩壊)[3] has been announced for January 13, 2021[4][5] and will contain 12 episodes.[6][7] The staff of Season 2 will be returning for its production.

The series was been picked up by Crunchyroll for online simulcast streaming in North America and other select parts of the world. The anime was licensed for a North American home video release in November 2014 by Sentai Filmworks. The third season was licensed by Funimation.

Each episode covers approximately one chapter in the light novel volumes, ending with volume 5.

Veteran gamer Shiroe and his friends are still trapped in the world of the online game Elder Tales. The chaotic city of Akiba has returned to normal for the Earthlings, the original residents of the game world and Shiroe has gained their trust since the war against the Goblins. The highest-ranking Earthling aristocrat, Princess Raynesia, has become the ambassador of Akiba.

Now Shiroe and his team are thinking about their next goals in this game world. Will they remain in Akiba or go west? Or will they travel north or to another faraway country? The team's opinions begin to diverge. What adventures await them in the second series of LOG HORIZON?

Main article: Log Horizon: Destruction of the Round Table

After five years, an all-new season!

A year after the adventurers were blown into the Elder Tale world, Akiba's prosperity begins to teeter with the emergence of a new monster ("Genius"), a festering power struggle between the east-west aristocrats, and the growing gap among the adventurers themselves.

Finally, the Round Table, the symbol of their unity, faces a decisive crisis...

Season 3 began airing on January 13, 2021 and contains 12 episodes. It covers volumes 11-13. It was originally slated for an October 2020 release, but was delayed due to Covid-19 interfering with production.

Announcement poster for the first season

Promotional art for the first season, illustrated by Hara Kazuhiro 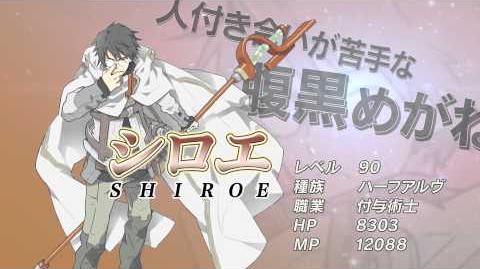